Kabul (BNA) The construction of two hundred and fifty-seven public utility projects in Logar was completed and put into utilization yesterday.

Engineer Asghar Zazai, Logar’s director of rural rehabilitation and development Dept., told BNA that the projects included a water supply canal, drinking water well, construction of concrete roads and a water supply network in the Logar district center at a cost of more than 700 million Afghanis have been allocated from the budget of the Ministry of Rural Rehabilitation and Development.

Another 380 projects are underway in the province at a cost of more than 500 million Afghanis.

Another 123 projects are being built at a cost of more than 200 million Afghanis Next year will begin in different areas of Logar.

At a ceremony which was held in Logar, Logar Governor Mohammad Ajmal Shahpour said, vital projects and infrastructure will cause the growth and development of a nation, and people must protect public utility projects and not allow any enemy to hinder, development and progress in the country. 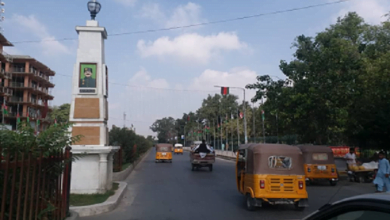