Kabul (BNA) President’s Special representative on reform and good governance Ahmad Zia Massoud met EU ambassador to Kabul Franz-Michael Mellbin here yesterday BNA reported, adding both sides discussed ongoing political situation, country’s preparation for the Brussels Conference and the assistance of the European Union to Afghanistan.
Besides hinting to continued EU cooperation with Afghanistan, the ambassador said that political leaders are required to have agreement on different issues in order to keep unity in the country. According to ambassador, the international community wants Afghanistan to go through development process with bringing necessary reformation which can only be done through the political leaders’ firm commitments.
Thanking EU cooperation with Afghanistan, Ahmad Zia Massoud said that reformation is the people demands and implementation of it in all fields such as fighting against corruption is the responsibility of the government.
“Majority of the people favor reformation and as the political leaders, we are obliged to act based on the people’s demands,” Massoud added. 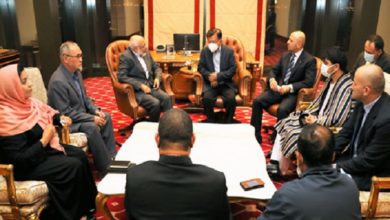