Tuesday, February 28, 2012
Kabul (BNA) Like other colleagues, three more ministers on Monday failed to convince House of People into accepting their explanations for being unable to spend most of their development budget during the last fiscal year.
The lower house had previously summoned several cabinet members, including interior and finance ministers, to explain why they could not effectively use their budgetary allocations last year.
On Feb. 6, parliamentarians decided to summon 15 ministers and a dozen departmental heads, saying if their answers were not convincing, they would face a vote of no confidence.
Ministries of foreign affairs, economy, commerce, information and culture, counternarcotics, refugees, just, rural rehabilitation, transport and aviation, hajj, higher education, agriculture, power and energy, finance and border affairs have failed to utilize their budgets.
Those who appeared before the house failed to satisfy the legislators, after a final report on budget spending showed most of the ministries spent less than 40 percent of their discretionary funds.
So far, the MPs have failed prepare a no-confidence vote against the ministers due to lack of quorum.
On Monday, Economy Minister Abdul Hadi Arghandiwal, Commerce Minister Dr. Anwarul Haq Ahadi and Counternarcotics Minister Zarar Ahmad Muqbil answered queries from assembly members.
They insisted on having spent more than 40 percent of their budgets, calling the final report as incorrect.
Arghandiwal said his ministry had spent more than half of the $7.8 million development funds allocated to his ministry.
He explained the final report on budget spending had showed his ministry’s allocation at $12.7 million, giving a wrong percent age.
“The five million extra amounts shown in our budget has been spent by India on border projects that are related to all ministries.”
He added another project costing $200,000 shown in his ministry’s budget had been executed by Germany on capacity building.
For his part, the commerce minister said they had spent 46 percent of the development budget.
Ahadi added 216 million Afghanis of the Afghanistan Investment Support Agency (AISA) had been calculated in his ministry’s budget.
Some other amounts pledged by the World Bank for establishing an industrial park and commercial banks in eastern Nangarhar province have not been received by the ministry.
He said some projects initiated last year were still incomplete and thus entered this year.
The counternarcotics minister said they had received $4.5 million of the $7.3 million allocated to his ministry, which had been able to spend 50 percent of the funds.
Muqbil reasoned his ministry could not implement some projects due to insecurity.
Citing one example, he referred to a hospital building, a $900,000 million project, in Ghor province.
The facility could not be built for security concerns.
But the Woesi Jirga, despite being disappointed by the answers, could not take a decision on the minister’s fate due to a lack of quorum.
MP Sayed Ikram said answers from the ministers were in contradiction to the final report on the budget.
“There has been a huge difference in the figures.
The final report is being prepared by the ministries themselves and compiled by the finance ministry,” said Ikram, also a member of the house finance commission. 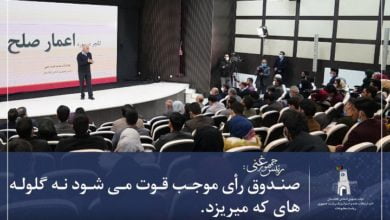