Monday, February 24, 2014
PESHAWAR (BNA) Pakistani fighter jets on Sunday launched air strikes on militant hideouts in the northwest, killing at least 38 people, according to officials, in the latest retaliation for attacks by the insurgents that have derailed peace talks.
The early morning strikes made on militant hideouts in the Tirah valley of the Khyber tribal district were the third in the series of raids by the Pakistan Air Force (PAF) since February 20.
They follow the execution of 23 Pakistan soldiers by the Taliban last week, which cast doubts over dialogue initiated by Prime Minister Nawaz Sharif on January 29.
"There are confirmed reports that 38 terrorists including some important commanders were killed," a statement by the military said, adding that "six hideouts were completely destroyed".
Earlier, a senior security official in Islamabad said IED (Improvised Explosive Devices) making factories and explosive material were destroyed.
Local administration officials refused to comment, saying it was a matter for the military, and the tolls could not be independently verified as it is difficult for journalists to enter the area.
In another violent incident Sunday, a bomb planted near a bus stop killed 12 people including two women and a child in a northwestern Pakistani city on Sunday, police said.
They said 12 more were injured when the bomb went off in the city of Kohat in the troubled province of Khyber Pakhtunkhwa.
Police said around five kilogrammes (11 pounds) of explosive were planted in a cooking oil container and placed near the bus stop in the city centre before being detonated remotely.
No group immediately claimed responsibility for Sunday's blast, but such attacks are regularly staged by the Pakistani Taliban.
On Saturday, at least nine militants were killed when Pakistani gunship helicopters pounded Taliban hideouts in Thall village in Hangu district, near the tribal areas where militants linked to the Taliban and Al-Qaeda have strongholds.
Two days earlier, security officials said they killed over 30 militants including 16 Uzbeks in the air strikes conducted in the northwest, infiltrated by the local and foreign militants.
– Spiralling violence –
The air strikes and spiralling violence have cast serious doubt on a troubled peace process between the government and the insurgents that began just three weeks ago.
After several rounds of talks, government mediators pulled out of scheduled dialogue with their Taliban counterparts on Monday amid outrage over the claimed execution of 23 kidnapped soldiers.
A faction of the extremist movement from Mohmand near the Afghan border said on February 16 they had killed the soldiers who were seized in the area in June 2010.
Government mediators have set a ceasefire as a precondition for another round of talks but Shahidullah Shahid, a spokesman for Pakistani Taliban, on Friday blamed Islamabad for the deadlock and asked the state to declare a ceasefire first.
The Tehreek-e-Taliban Pakistan (TTP), an umbrella grouping of numerous militant factions, has been waging a bloody campaign against the Pakistani state since 2007, carrying out a number of bomb and gun attacks, often on military targets. (AFP) 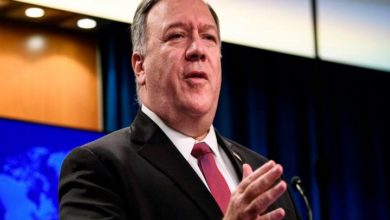