Wednesday, April 16, 2014
Kabul (BNA)  Firing rockets by Pakistani army from across the Durand Line on the eastern provinces have destroyed six houses and claimed the lives of several head cattle, a commander of Border Police Force in the eastern region of the country said Tuesday.
Quoting the commander, BNA reported that the shelling which began Monday night and lasted till morning Tuesday, dozens of rockets had slammed into parts of Kunar, Paktika and Nuristan provinces.
Shelling artillery by Pakistan army which began three years ago is still occasionally going on in the eastern parts of Afghanistan and so far 11,000 rockets have been fired which have left 100 people dead and injured, all the victims are civilians.
Pakistani military and diplomatic officials have yet to comment on one-sided shelling.
However, political and military observers are of the view that Pakistan especially the notorious intelligence agency ISI by firing rockets has been attempting to desert Afghanistan’s side of the Durand Line from inhabitants so as to provide safe havens for terrorists and thus show that the terrorist sanctuaries aren’t in Pakistan.
Rocket attacks by Pakistan have been condemned by the government of Afghanistan, civil society and human rights but the reactions have yet to bring the fruit. 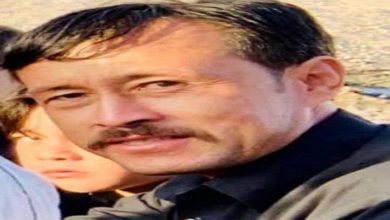