President Ghani during his visit said he was committed to resolving problems of the province, promising to visit again after a month. The president also said he heard people’s problems during his first trip and would resolve them in his next visit.

Meanwhile President Ghani approved 1,200 personnel for uprising groups to improve security in Hesarak, Khogyani and Sherzad districts and 4,000 school teacher posts to fill the shortage of instructors in the province.

“I have told you to let me build Mazar-e-Sharif, Heart and Kandahar on their turn, now it is Nangarhar’s turn. I will come back a month later and will tell you which promises are implementable and which are not, just give me one month,” he said, as quoted in a presidential palace statement.

President Ghani said the education sector in Nangarhar had been ignored and he could not lead all ministries. The president directed the education minister who was present in the meeting to approve 4,000 teachers for the province.

He also added that he had prepared a plan for resolving traders’ problems in Torkham port and would try to extend a railway to Jalalabad or Momand Dara district of the province.

About people’s problems, he said, “We are servants of the nation and that is the reason you can ask me and share your problems with me, can you ask these questions from Mullah Habatullah?”

“The Taliban can come if the nation accepts them, the government will also welcome them”, he said.

President Ghani praised Nangarhar people’s sacrifices for the defense of the government and said that youths of the province had served the country in all parts of Afghanistan.

About electricity problem, he said a new contract had been signed with Uzbekistan that would resolve the issue but he would also welcome any trader ready to invest in solar energy in the province. 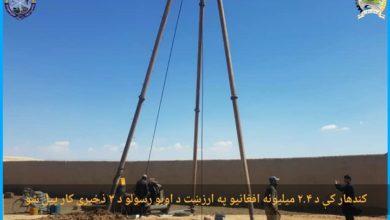 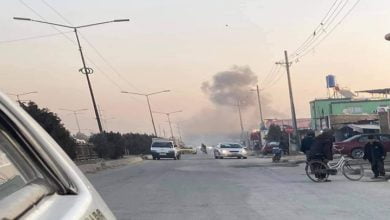