Wednesday, April 23, 201
Kabul (BNA) House of People chairman Abdul Rauf Ibrahimi along with members of administrative board and head of commissions in the house called on the first vice president Mohammad Yuonus Qanooni in his office on Tuesday.
According to presidential press office to BNA, in the meeting, the vice president described parliament as the common house of the people of Afghanistan, the people’s representatives at the house debate on issues which are essential for today and future of Afghanistan and finalize it.
Hailing the vast participation of the people in April 5 elections, the vice president said those used their franchise are now waiting to have the desired results of the polls.
Qanooni also pointed out that the government and parliamentarians are obliged to fulfill the promises they have given to the people.
In the meeting, Ibrahimi on behalf of his entourage stressed that the government ought to continue development projects in the provinces to ensure welfare of the nation. Chairman of the house also noted that the parliament alongside other pillars of the government would spare no efforts in taking the country towards peace, stability and progress. 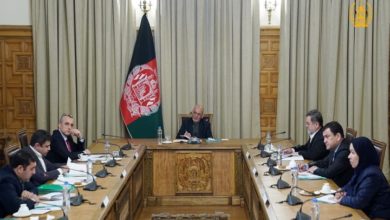