Wednesday, April 16, 2014 Kabul (BNA) Senate (Meshrano Jirga) with its chairman Fazal Hadi Muslimyar held meeting on Tuesday and debated the legislative decree of the president on modifying the law on the authority of judiciary which had been reviewed by the commission on legislation, justice and judiciary was approved with majority. According to BNA, iIn other part of the session headed by Eng. Mohammad Deen Hamdard the head of commission on national economy, finance and budget, the issue of the import of poor quality petroleum products and smuggling liquid gas was discussed and it was said that issue had been discussed with the officials of commerce ministry that the importers of liquid gas should into account the purchase of power of the citizens. It also stressed for building strategic gas stock and presenting it at lower prices to the citizens besides avoiding importing poor quality products. In the debate of the house, the senators also discussed the abduction of Ahmad Shah Wahid the deputy to ministry for public work, calling on the security organs to do their best in early releasing the official and bringing to justice those behind the crime. The senators in the proceeding also condemned the murder of Mir Ghulam Farooq Hussaini the spokesman of Ulama Council in Herat and killing anti-Taliban commander Abas in Andar district of Ghazni province. Going in missing of Taliban for leader Mullah Mutasim Agha Jan in the United Arab Emirate, checking the airing of immoral serials by media outlets, construction of Daso dam by Pakistan on Kabul River, April 5 elections and series of more national related issues were also debated in the meeting. The chairman of the house has tasked commission on international and defense affairs to take the issue of selling American weapons to Pakistan, missing Mutasim Agha Jan and building Daso dam by Pakistan with concerned bodies. Furthermore, the commission on religion, culture and higher education in Senate flayed airing immoral serials by televisions and printing verses of holy Quran by some newspapers and decided to summon the minister or deputy minister of education and minister for higher education on Sunday to explain about university entry tests and the criteria for enrolling students to government and private universities. 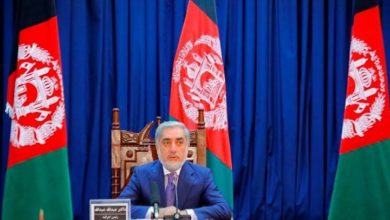