Kabul (BNA) Two policemen lost their lives and six other including a civilian were wounded following three explosions in Kabul city this morning.

Fardaws Faramarz spokesman of Kabul police said, a sticky mine planted in a military vehicle exploded in Dehbouri region, third PD Kabul city, as a result two military personnel lost their lives and a civilian was wounded. 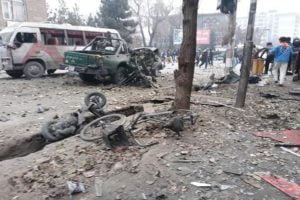 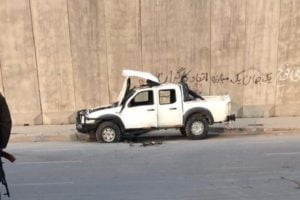 Meanwhile, two military personnel were injured after a magnetic mine planted in a military vehicle detonated in Chaman Hazouri region, 8th PD Kabul city this morning.

According to reports, a suicide attack was happened in relevant areas of Deh Sabz district, Kabul province, but there is no further information.